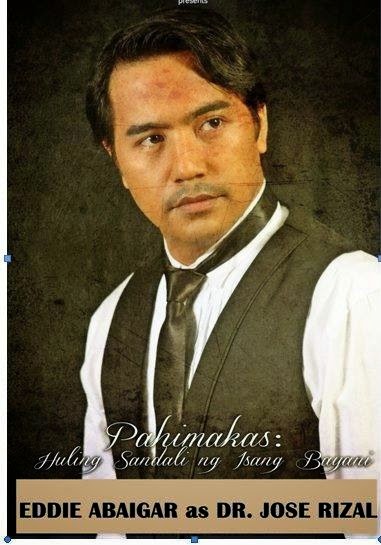 We all know the history of our National Hero Dr. Jose Rizal, little did we know what happened during the last 8 hours of his life.

ALDABAS Theater Friends and Company announces the staging of PAHIMAKAS: Huling Sandali ng Isang Bayani. It is based on the last moments of national hero Dr. Jose Rizal as he ponders on his life coming to an end in the morning of December 31,1896.

PAHIMAKAS: Huling Sandali Ng Isang  Bayani by Nathaniel Arciaga takes us to the innermost recesses of Dr. Jose Rizal's mind as he examines the crucial decisions he made in his short but eventfull life leading to his martyrdom. The play also takes a look at some of Rizal's writings and his relationship with the last people to see him alive through conversations with former mentor, family members, a young news paper boy, a newspaper man and a host of fictional characters he created.

PAHIMAKAS  is produced by ATFC under the direction of Don Umali.

Lead actor ROMEO ABAIGAR’s biggest acting challange in life is doing the difficult role of Dr. Jose Rizal. He is a familiar face  in television commercials and has appeared in countless films and TV anthologies. 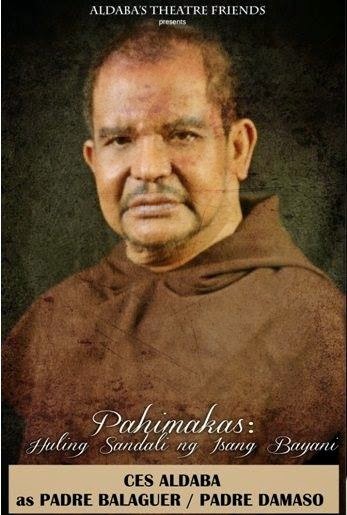 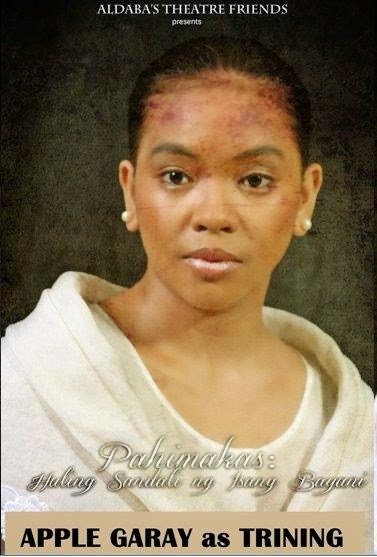 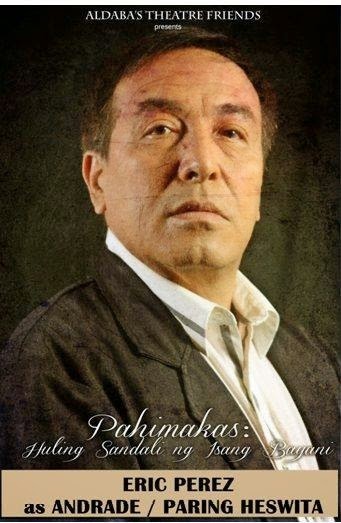 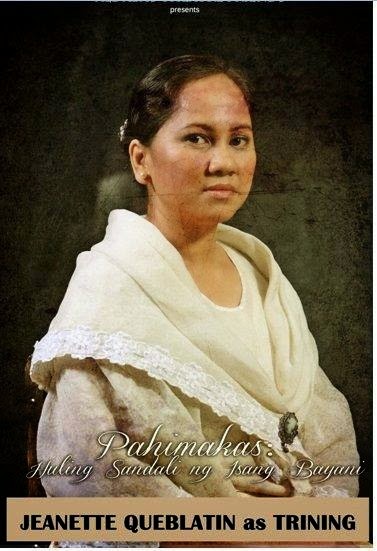 Also in the cast of Pahimakas are
Banni Baldesseri as the Governador Heneral, Richard Manabat (who is also a stage director) alternates with Vic Romano as Don Rafael/Don Francisco, Andro Morgan as Mataix/Elias, production designer, muralist, sculptor and artist  Clarence Alvear playing the role of Pepito/ Basilio,  Loy Oladive as Pasyano/ Tasyo, Gina Villa in the role of Donya Teodora/Sisa, and Jeanette Queblatin as Trining.

PAHIMAKAS is scheduled on March 14, 2015 at St. Scholastica's College.