During the show’s two hour debut on Thursday, March 12 at 8:05pm, AXN delivered more than 10 times the ratings of the next English general entertainment channel across Singapore, Malaysia and the Philippines . 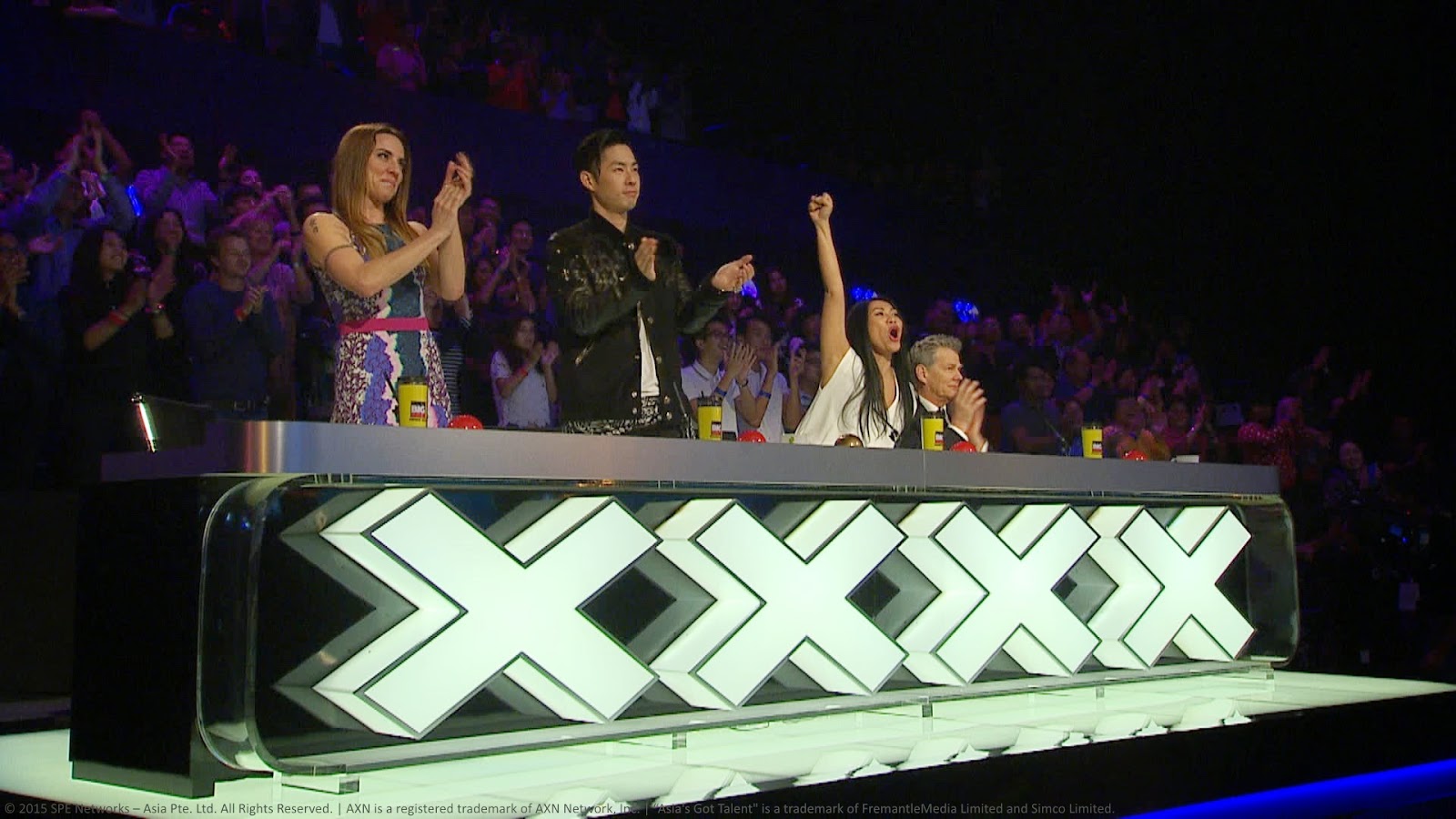 “Asia’s Got Talent” was the top AXN program year to date in the country. During its telecast, AXN ranked #1 with more than 80 per cent share amongst all English general entertainment channels, and ranked #2 amongst all Pay TV channels.

In Singapore, “Asia’s Got Talent” led the ratings chart in its timeslot for English Pay TV channels and AXN was also the top English channel for the night on StarHub.

Billed as the biggest talent competition in the world, “Asia’s Got Talent” features some of the region’s most breathtaking, jaw-dropping and mind-blowing performing artists competing for the coveted winning title. The premiere episode was a kaleidoscope of quirky characters and stunning talent, with many acts winning the hearts of viewers across the region. 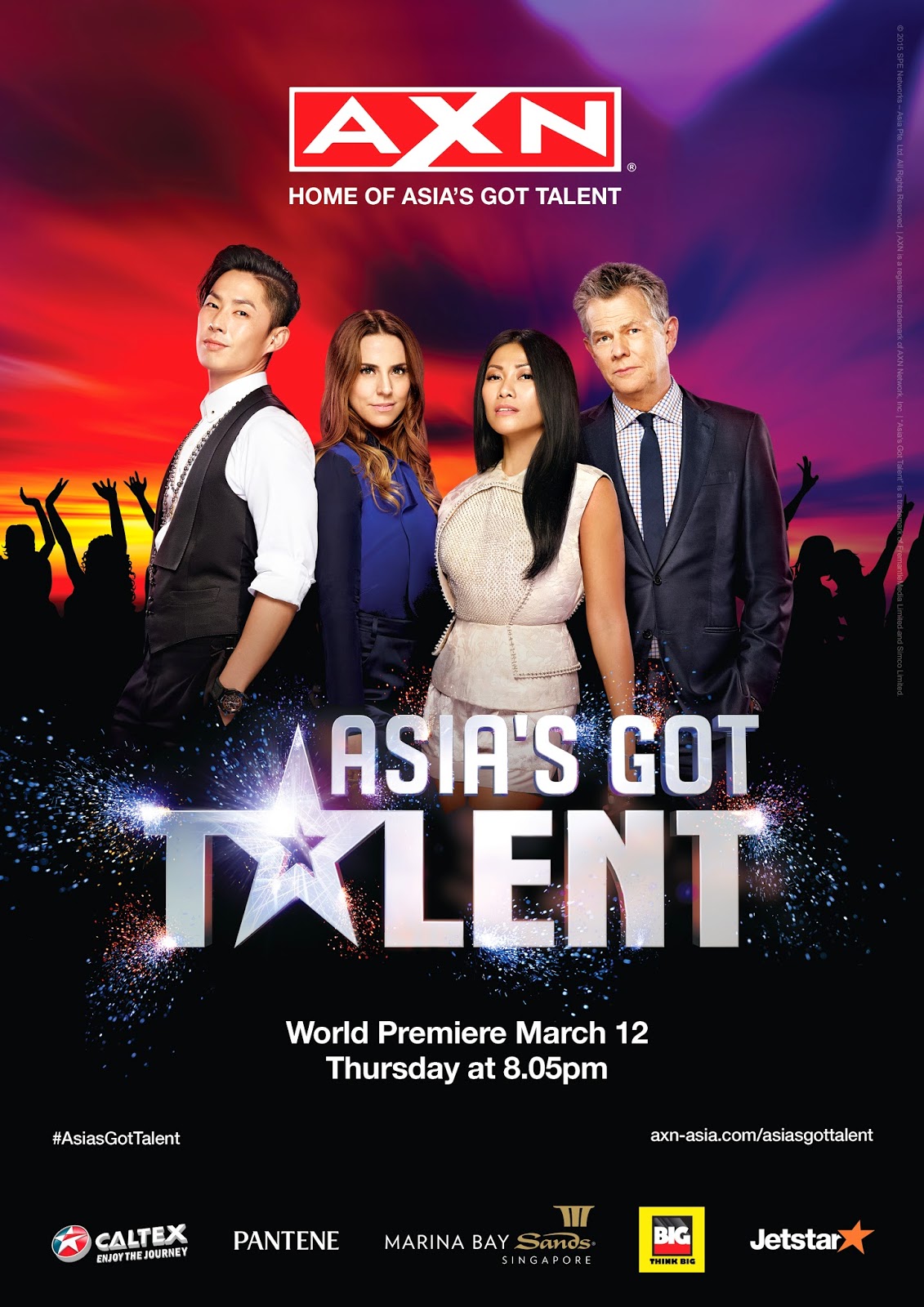 Hui Keng Ang, Senior Vice President and General Manager, Sony Pictures Television Networks, Asia said,“Asia’s Got Talent is off to a thrilling start on AXN as we bring together millions of viewers to celebrate the diversity of talent and dreams of contestants from over 15 territories in Asia. The response to the premiere istruly incredible and after the success of both The Amazing Race Asia and The Apprentice Asia, AXN continues its mission to create high quality and engaging content.”

“Asia’s Got Talent” is the 63rd adaptation of the Guinness World Record-breaking hit “Got Talent” format, which was created by Simon Cowell’s Syco Entertainment and is co-produced by FremantleMedia. The “Got Talent” format is officially the most successful reality TV format in history and currently airs in 186 countries.

The four judges must select the most dazzling performances from thousands of hopefuls from 15 territories across Asia. Those who make it to the semi-finals will contend with an even tougher judge, AXN viewers at home who will ultimately decide the winner of “Asia’s Got Talent”.
A grand prize worth USD$100,000 is up for grabs, along with the opportunity to return and perform at the iconic Marina Bay Sands, Asia’s leading entertainment destination – where the semi-final shows and finale will be held.

“Asia’s Got Talent” spans 10 weekly episodes, including five audition episodes, three semi-finals, a finale episode and aresults gala. In addition to enjoying the performances, audiences can get to know more about their favorite acts as “Asia’s Got Talent” tells the life stories behind some of the most colorful individuals and groups in the competition.

Connect with the judges, hosts, and your favorite contestants through videos and photos, exclusively on the Asia’s Got Talent official Facebook page. Catch behind-the-scenes footage of the auditions only on Facebook at https://www.facebook.com/asiasgottalent/
www.AXNAsia.com/AsiasGotTalent