The Volley Hall of Fame
The Philippine National Volleyball training pools are currently working hard to bring their A-game in this year’s Southeast Asian Games to be held in the Philippines this coming November. Whatever the final line-ups will be, the men’s and women’s teams will continue a storied tradition of volleyball excellence when they step on the court to represent our country.

Current volleyball fans may be familiar with today’s collegiate and professional stars, but did you know that the Philippines has produced top players for decades? Philippine volleyball has had quite the glorious history, thanks to the contributions of these five legendary volleybelles:

(Photo courtesy of Arvin Lim)
The Philippines has been a superpower in volleyball, especially on the women’s side, ever since it was introduced to the SEA Games in 1977, with the Women’s National Volleyball team ranking second behind Thailand in gold medals won.

Those powerhouse teams were fronted by the likes of Nene Ybanez-Chavez, the 6’1” legend from Southwestern University in Cebu who helped the Philippines dominate the SEA Games in the early ‘90s. She’s best known for leading the women’s team to its last SEA gold in the 1993 games in Singapore, earning the MVP and Best Spiker honors along the way. Possessing extraordinary endurance in the sport, Ybanez-Chavez played competitively until 2013, and now continues to make her mark in Philippine volleyball by coaching a team in the Philippine Super Liga professional league.


The mother of the famous Ravena phenoms in Philippine basketball is a former volleyball champion in her own right. Mozzy Crisologo-Ravena, the volleyball analyst/sportscaster and University of Santo Tomas alumna, was a two-time UAAP volleyball champion from 1988 to 1992. She also represented the country as a part of the Philippine Youth team in 1988 and the seniors’ team from 1988 to 1989. Today, her legacy lives on through her daughter Dani Ravena, who plays volleyball for the Ateneo Lady Eagles.

Before Philippine volleyball went mainstream via the collegiate scene, there was Mary Jean Balse-Pabayo, holding up the sport in the country. Balse-Pabayo, from Tagum City, Davao del Norte, is another champion UST alumna and one of the players who carried the Philippines to a bronze medal in the 2005 SEA Games. Balse-Pabayo is still going strong today, currently playing for the Philippine Army Lady Troopers in the Philippine Super Liga and also the Premier Volleyball League, where she is a two-time champion.


(Photo courtesy of Tina Salak)
One of the sport’s most successful players, Tina Salak has a storied career representing the country as part of the national team for many years, with huge wins such as the silver finish in Jakarta, Indonesia in 1995 and bronze in Manila in 2005. She also competed in the 2015 SEA Games held in Singapore.
Salak also has a rich professional career, with 10 seasons logged in the Shakey’s V-League and the Philippine Super Liga, where she won five championships and six medals with the Philippine Army Lady Troopers. She’s since retired, going on to work as a coach in the PSL. 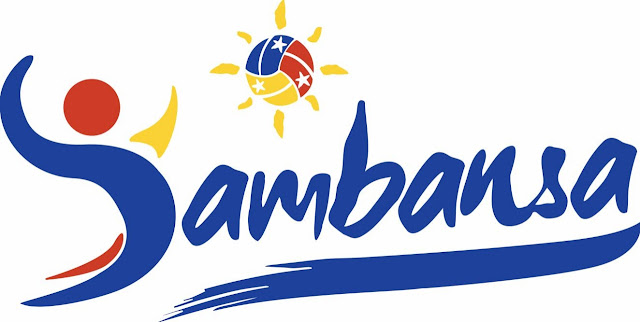 One of Philippine volleyball’s contemporary stars, Angeli Tabaquero is a renowned collegiate champion, having won titles as part of the UST Golden Tigresses. Tabaquero also represented the country as a member of the Philippine National Team in the 2013 Asian Women’s Volleyball Championship, and as part of the PLDT Home Tvolution national team in another stint in the 2014 Asian Club Championship. An unfortunate injury forced her to retire in 2016 and become a coach for the Adamson Lady Falcons.

The road to the 2019 SEA Games continues
The Philippine Men’s and Women’s National Volleyball Team will compete against the rest of the region from November 28 to December 10 at the Ninoy Aquino Stadium in the Rizal Memorial Sports Complex, Manila. The athletic firepower of current volleyball stars like Alyssa Valdez and Aby Marano brings bright prospects in making the Philippines a regional powerhouse in the international volleyball scene once again.

With the steadfast support of organizations and companies like Rebisco, the national teams will be looking to bring pride and glory to the Philippines when they give their all on the court. Together, Filipinos will again cheer for the national team fighting as Sambansa – or one nation – under the colors of our flag.

Rebisco has been a proponent of Philippine volleyball and various organizations and leagues that comprise it. Aside from supporting the Philippine national team in this year’s SEA Games, Rebisco has also backed the Philippine Women’s Volleyball Team in the 18th Asian Games in Indonesia. The company is also committed to developing the future of the sport with the newly-launched 18-and-under Rebisco Volleyball League.