Is civility really dead? Today’s fast-paced lifestyles have ushered in what New York Times calls the “Age of Rudeness”  in many places all throughout the world -- and the airports are no exception with growing disregard for good manners and respect for others among passengers and airport workers.

For this reason, the Manila International Airport Authority (MIAA) is embarking on a civility campaign called #DisipliNAIA to combat unacceptable airport behavior.
DisipliNAIA aims encourage people to become good airport citizens and to raise awareness about good manners and right conduct among all airport users – from MIAA employees and third party partners to passengers, transport services, and even to well-wishers.
From following the rule of the yellow lines, proper queueing and following airport security protocols, to picking up one’s trash and taking back one’s bag so that someone can take a seat, DisipliNAIA aims to correct many issues and problems airport users are dissatisfied about in the airport.
The brainchild of MIAA General Manager Ed Monreal, #DisipliNAIA is a campaign to return to Filipino positive values, especially respect for other people and mindfulness of one’s action at all times.
“We are going back to basics – basic in a sense na gawin natin ang tama, gawin ang nararapat,  even when nobody is watching, even without people telling us what to do.” GM Monreal said.
From January to June 2019, NAIA saw traffic of over 60,000 international flights and 76,000 domestic flights, equivalent to 12.7 million international flight passengers and 11.6 domestic flight passengers.
Airports are places teeming with stress and emotions. Travelling, catching one’s flight, and saying goodbye to loved ones make airport citizens nervous and edgy, which turn quickly into irritability, shortness of temper, and disregard for rules and decency.
On social media, there is a huge clamor for order and discipline. It is not unusual that netizens post photos of bad airport behaviour, all asking in unison “Wala na ba tayong respeto? Kailangan natin ng disiplina.” 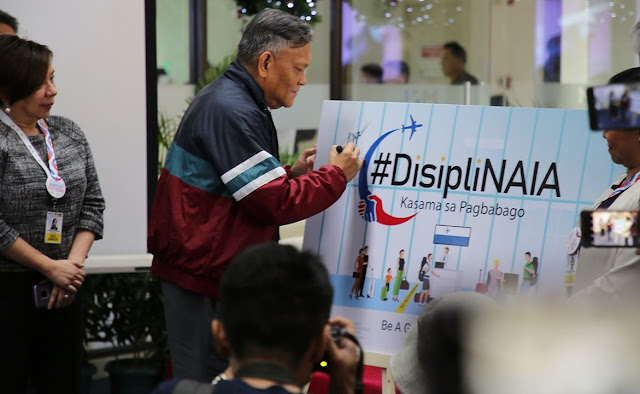 Coincidentally, the Department of Interior and Local Government has launched its own discipline initiative, while the Department of Education is contemplating to bring back GMRC (good manners and right conduct) subject in the basic curriculum.

“There may be cynics who would say that the initiative might not take off. Fine, but the important thing is we are doing something, we are responding to the demand of the times. Culture is difficult to change because as we all say, that’s what we grew up with. But if we are all in this together, nothing is impossible to achieve,” GM Monreal said.

CAMPAIGN COMPONENTS
#DisipliNAIA is basically composed of internal and external campaigns and forging of partnerships to rally support among all stakeholders.
Believing that it should all start from home, MIAA will conduct regular civility and service excellence workshops among thousands of its employees, partners, and stakeholders. 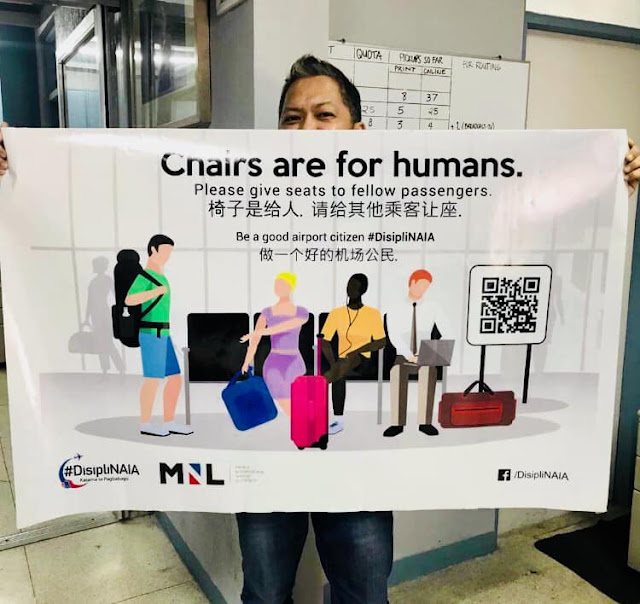 “There’s no intention of giving out memos,” GM Monreal assured the MIAA administration and staff. “That’s the reason why we’re having this DisipliNAIA. Even without penalties or sanctions, we should take upon ourselves our own responsibility to comply with what is required of us.”

Monreal added that it is expected of them to observe proper conduct as citizens and workers of the government, and that they should endeavor to be leaders by example. “Now that we’re launching this, I expect all of you to do as you preach, meaning walk-the-talk, follow the regulations, and be the examples and leaders for this advocacy.”
Airport users will also see many posters, videos, and billboards to remind them that they are in the #DisipliNAIA zone, and as such must observe respect and mindfulness towards other people and towards airport facilities.
Monreal said he hopes to inspire their partners to throw their all-out support towards this worthy cause and the perfect time is now.  “We are one family in NAIA. That should be the mindset if we want to succeed in this endeavour.

“If not now, then when? If not us, then who else?” Monreal asked the administration and staff at an executive briefing, stressing one of the campaigns key messages and hashtags, #NowNa.

If you want to experience relaxation and entertainment at its best.  Then its about time you go visit SM Cinema Mall of Asia together with ... 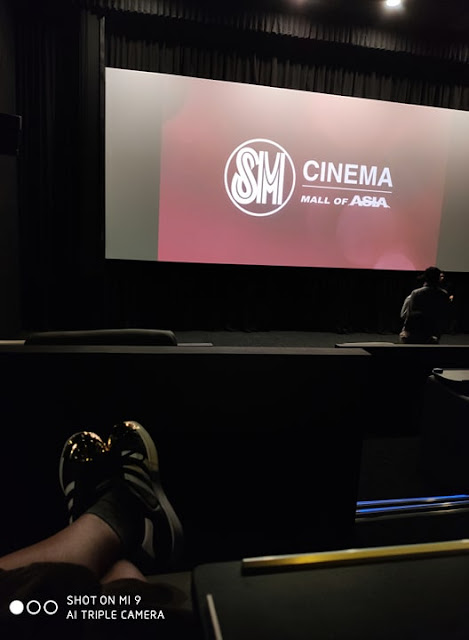