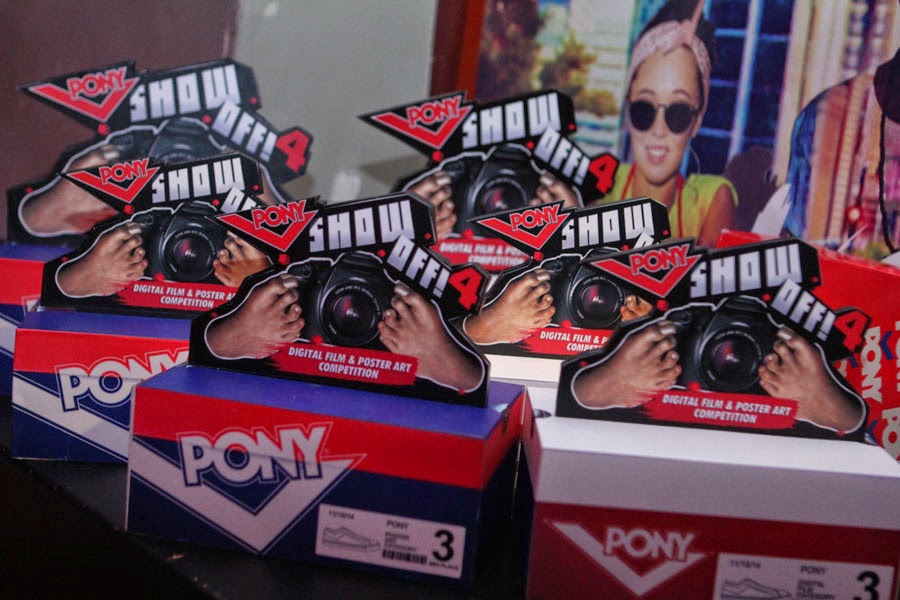 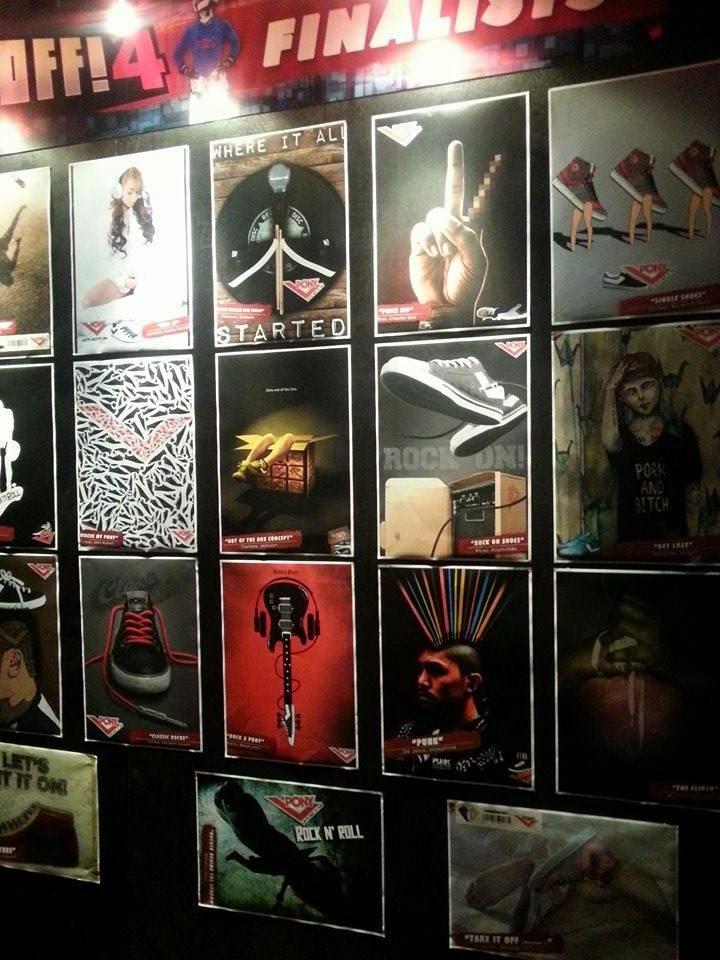 At a rousing awards night held at Craft Rock & Grill in Bonifacio Global City, the creators of the best entries have been hailed as this year’s special awardees and grand winners last November 15, 2014. Joyce Pring hosted the show with guests Glaiza de Castro and Jason Fernandez of Rivermaya.

In the age of social media when anything and everything can be turned into a digital image or a video clip on YouTube, the Internet is a universe crawling with creators with ideas bursting at the seams.
Iconic American brand PONY FOOTWEAR, which espouses on individuality, uniqueness and a rebellious streak, put forth a concept and a challenge to find some of the brightest young creative minds. Using its own slogan, “Let’s get it on,” the test is to best illustrate it in an original artwork and a short digital film. 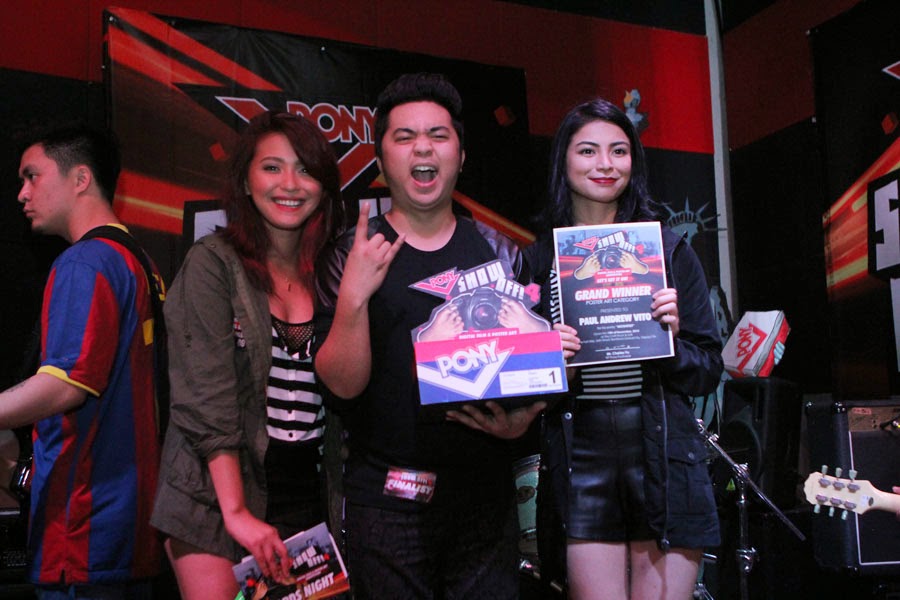 Already on its fourth year, PONY has been giving amateur artists and digital whiz kids a platform of self-expression that would reward them with cash and prizes, and hopefully the inspiration to keep coming up with novel ideas.


In the Poster Art category, the special winners were: Best in Illustration – “Dream On” by John Robert Rareza; Best in Photography – “Feel It” by Louise Gabrielle Angela Mansilla; and Most Number of Facebook Like – “Wash Day” by Howard Ryan Lacabe;

Second runner-up was “Peace Off” by Chester Emil Vibar; First runner-up, “Get Lost” by Rudolf Gonzales; and the Grand Winner was “Moshfeet” by Paul Andrew Vito. 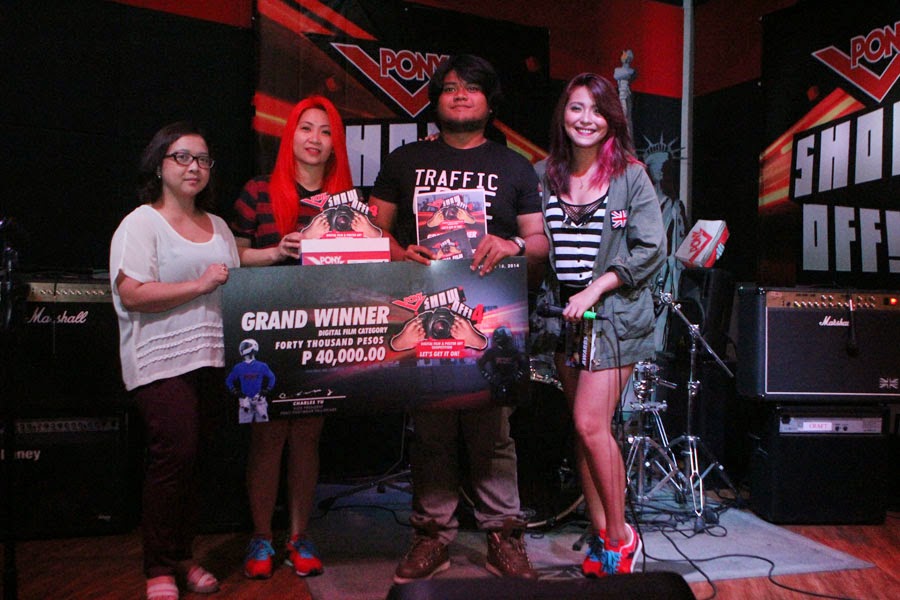 For the Digital Film category, the special winners were: Best in Cinematography – “Snatcher” by Ryan Macasaquit; Most Astig Performance in a Film – Anthony Louis Tague in “No Boring Day”; and Most Number of Facebook Likes – “For the New Age” by Jovelyn Ann Quijano.
The major winners for the Digital Film category were: Second runner-up – “Masterpiece” by Ralph Ignacio and Marvin Joseph Patiño; First runner-up – “Selfie Queen” by Jeffrey Ramir Mateo; and Grand Winner – “Strong” by Anthony Louis Tangue. 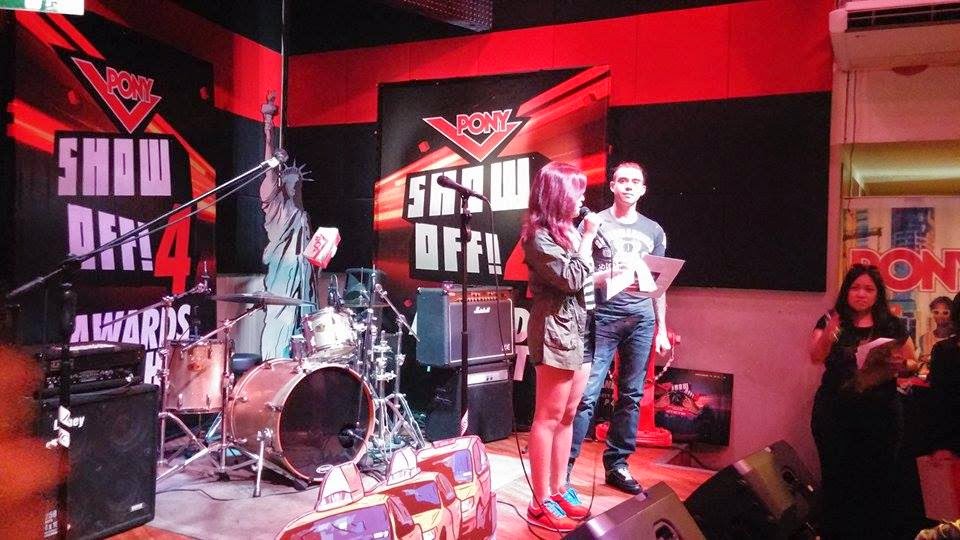 Cultivating the creative streak among the youth, nudged with a bit of a rebellious nature that urges them to think outside the box, Pony hopes to encourage more artists to express themselves, show off their individuality in the coming years. ‘Til Pony Show Off 5, we say, “Let’s get it on!”