Smart inks deal to install hotspots in UP campuses nationwide 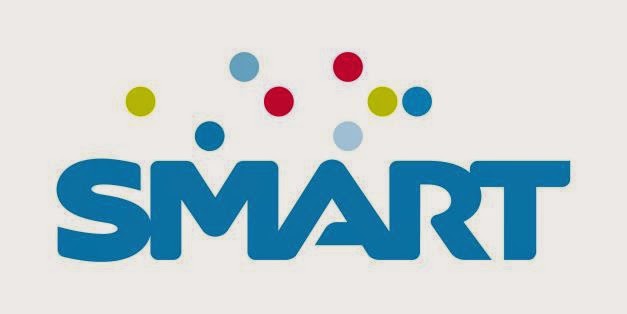 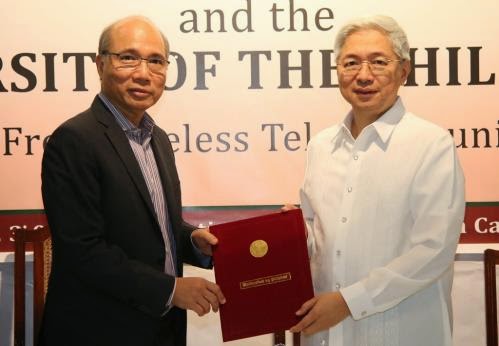 Free connectivity fosters collaborative learning. Smart Communications, Inc. (Smart) and the University of the Philippines have recently signed a Memorandum of Agreement that will further advance the national university’s bid to become globally competitive. Under the agreement that was signed by UP president Alfredo E. Pascual (right) and Smart chief wireless advisor Orlando B. Vea (left), Smart will provide free wireless connectivity to the UP community to promote digital inclusion.

Smart Communications, Inc. (Smart), the leader in mobile telecommunications, has formalized its commitment to provide free connectivity and access points to all the constituent universities of the University of the Philippines System across the country.

A Memorandum of Agreement covering the provision of free wireless connectivity to the UP System was recently signed between UP led by its president Alfredo E. Pascual, and Smart led by its chief wireless advisor Orlando B. Vea at the UP Executive House in Diliman, Quezon City.

“This fosters more collaborative learning within the UP community, and allows every Isko and Iska to access online learning resources for free,” said Vea.  “For us at Smart, this is part of our vision for digital inclusion, of making the Internet more accessible so that more Filipinos get to enjoy its benefits.”

For his part, UP president Pascual said, “This is more than just a simple triumph of technology.  The hotspots will be a catalyst in unifying the seven constituent universities and one constituent college of the UP System and will signal the start of greater collaboration between UP and Smart in bringing Philippine education into the 21st century.”

Smart will be installing 120 hotspots initially in various UP campuses.  It will also put up eight new base stations to add to the six that are already inside UP.

This move is in support of the integrated computerization of the University under the eUP project, a key initiative under UP’s Strategic Plan which aims to make the country’s one and only national university more competitive in the region and in the world.

The initiative of providing Internet connectivity to the UP community complements the computerization project, which is being supported by Smart’s sister-firm, ePLDT, which won the competitive bidding for the core programs needed for the project. ePLDT will use a package of Oracle software to run the University’s information management systems. Several software modules of the system are also being developed internally by UP.

UP officials said the computerization project will provide an integrated, interconnected, harmonized, and interoperable ICT network within and across all the constituent universities of UP.

“We have to start somewhere, right now — as they say in UP — kung hindi tayo, sino; kung di ngayon, kailan?  This MOA signing is a good way to help make the eUP project a reality. We’re in this together,” said Vea, who is a UP alumnus.

Smart has committed to be a partner not just by providing wireless infrastructure, but also by reinforcing education and development programs that benefit the students and the nation. Its continuous support to students and universities is demonstrated in the Smart Wireless Engineering Education Program (SWEEP), its partnership with the UP Open University (UPOU). Smart and UPOU are jointly offering courses on Android Mobile Applications Development, and Technopreneurship, via the massive online open course (MOOC) model.

Under its Smart Schools Program, Smart has instituted various customized programs that cater to the specific needs of learning communities from primary up to the tertiary level in a bid to help enhance Philippine education using mobile and web technologies.