Chart-topping pop R&B artist Austin Mahone is set to return to Manila live on October 22, 2019 at the New Frontier Theater

Chart-topping pop R&B artist Austin Mahone is set to return to Manila live on October 22, 2019 at the New Frontier Theater. The much anticipated one-night-only show in the Philippines next month follows a series of sold-out concerts in Madrid, Osaka, Yokohama, Guangzhou, and Shanghai.

In 2011, Mahone started posting YouTube videos of himself performing song covers by artists such as Justin Bieber, Bruno Mars and Jason Mraz. The viral content created an impact significant enough to land him a high-profile deal with Cash Money Records, the label home of Drake and Lil Wayne. Mahone subsequently released his first single 11:11, followed by Say Somethin’ and Say You're Just A Friend. This unblemished hit streak lead him to debut on the road as the opening act for Taylor Swift's Red Tour and headline a series of major shows for MTV's Artist To Watch. The Secret, Mahone’s first EP, soared to No. 5 on the Billboard 200, along with crowd favorites All I Ever Need and Mmm Yeah featuring Pitbull which reached No. 2 on the iTunes Chart and Top 20 on the Billboard Pop Songs Chart. 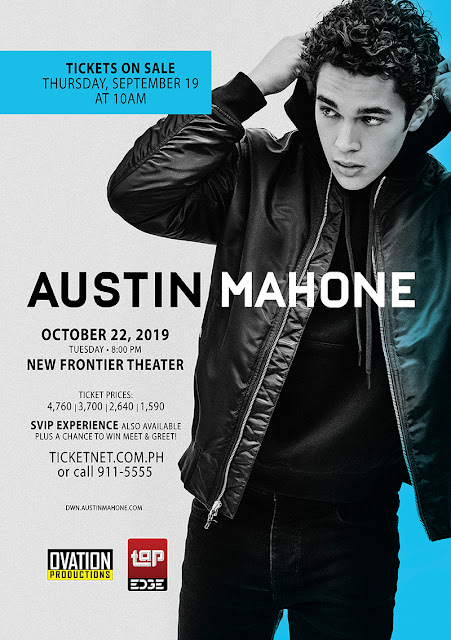 Then came 2016 when the young vocalist’s solo music took a sudden turn from groovy teen pop towards romantic, 90’s pop-infused R&B, seeing Austin in recent collaboration with Grammy-nominated musicians, namely Hardwell, Flo Rida, Chris Brown, 2 Chainz, and Pitbull. Austin Mahone is all grown up, and so is the loyal fan base he has built over the years. There are more complex stories to be told, thus supplying his reinvention era with boundless sonic potential. 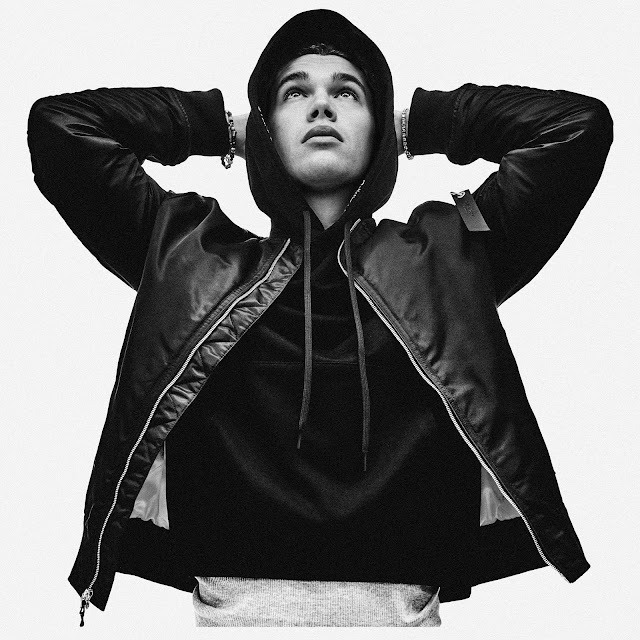 Earlier this year, the 23-year-old singer-songwriter introduced this brand-new sound with the retro track Why Don’t We penned by Charlie Puth. The instant bop easily accumulated more than 7 million streams on Spotify. In June, Austin followed it up with the fresh summer anthem Dancing With Nobody produced by Ian Kirkpatrick (Dua Lipa) and written by Sam Martin (Maroon 5) and Lindy Robbins (Demi Lovato). Austin shares, “I wanted Dancing With Nobody to be a fun, upbeat song that will make everyone feel that they just can’t help but get up and dance.” The stand-alone single has since racked up over 3 million Spotify streams, shaping 2019 to be the biggest year of his career.

Austin Mahone’s other hits include What About Love, Creatures of the Night, Send It featuring Rich Homie Quan, Shadow, Lady featuring Pitbull, Say Hi, among many others.